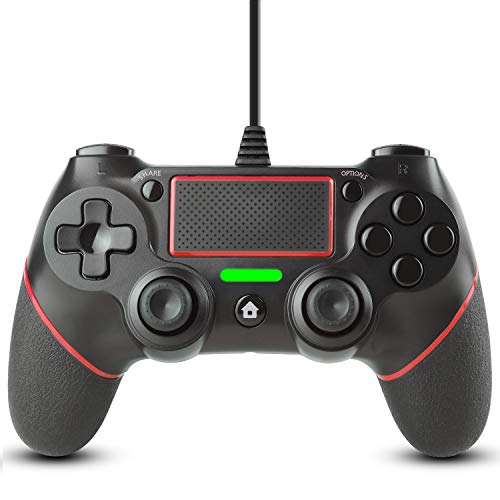 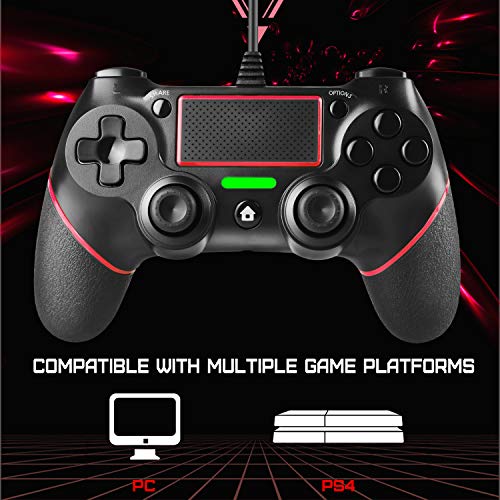 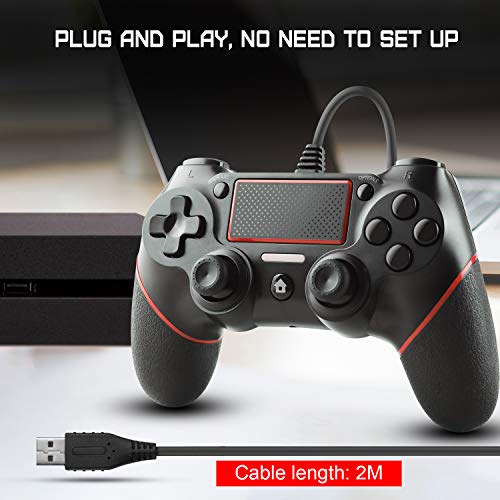 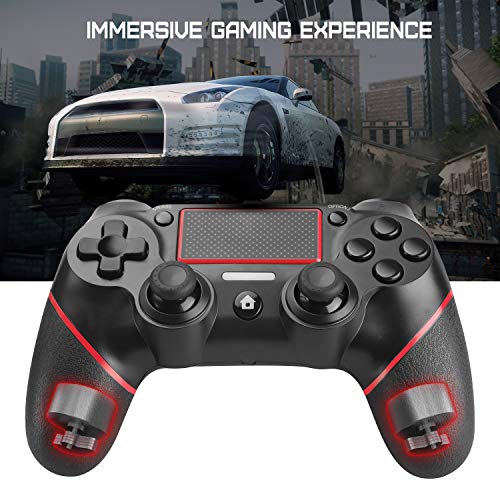 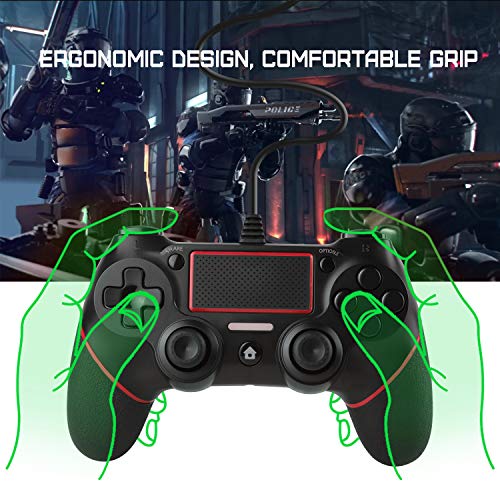 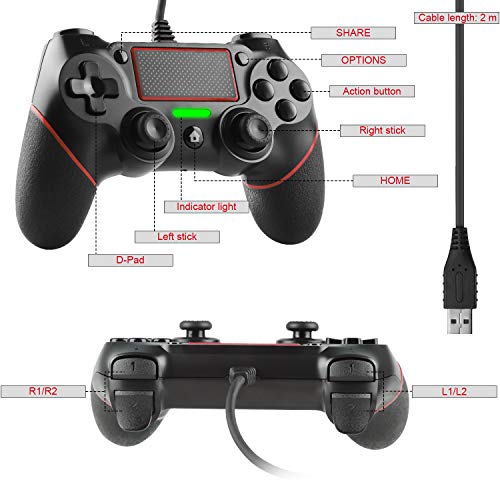 The Controller is specially designed for PlayStation 4 console, adapting Dual Shock 4 wired controller program,it' a perfect replacement for Sony Dualshock 4 gampad with much less cost. In addition to induce tilt angle of the controller,it can also capture the 3 axis acceleration information of three-dimensional space X?Y?Z,and transmit all information captured to the game system quickly.With this function,players can use this PS4 controller to operate special games. It’s equipped with latest motion sensing technology,built-in three-axis gyroscope and three-axis accelerator.With the three features,it can detect omnidirectional dynamic information including Roll,Pitch and Yaw. It’s also featured with a new function:dual-point capacitive sensing touch pad on the front of the controller. The share button makes social interactions easy with instant gameplay video and screen uploads. Note:The central button is a tactical button and not a touch sensitive pad; The controller does not have MIC and Audio Jack function,headsets are not supported.The controller is dedicated to PS4 and PC(Windows 7/8/XP,Windows 10 system may be incompatible), not PS3.