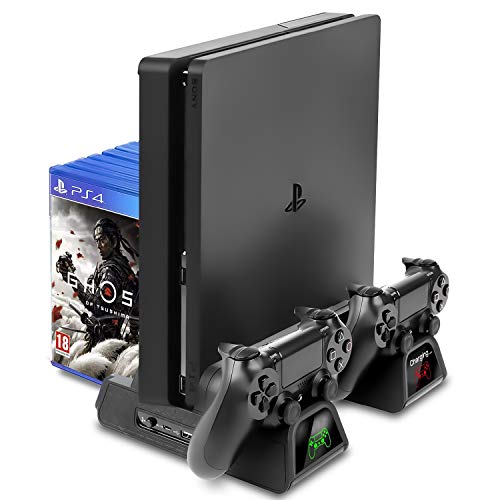 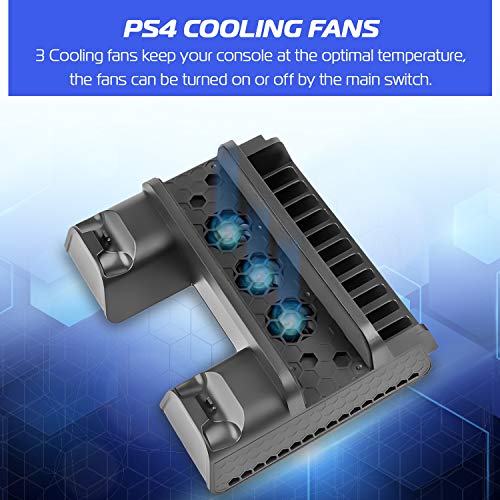 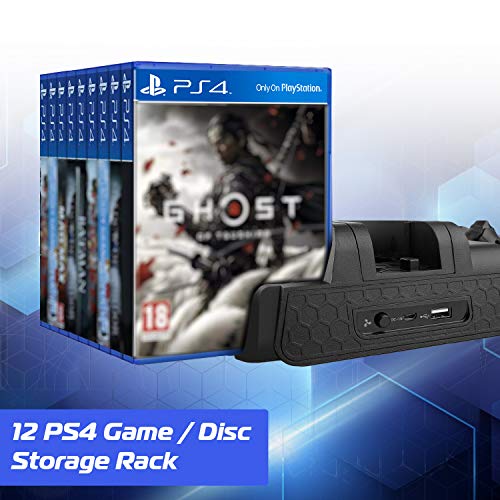 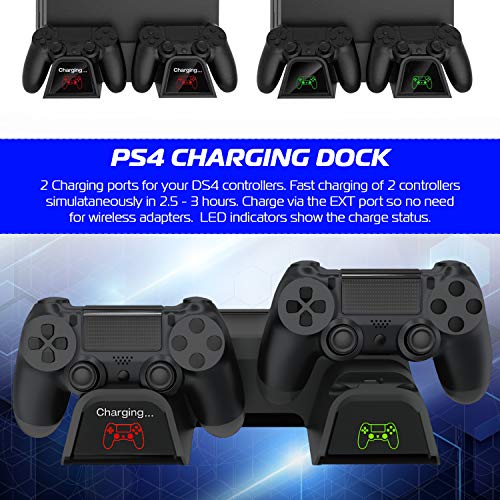 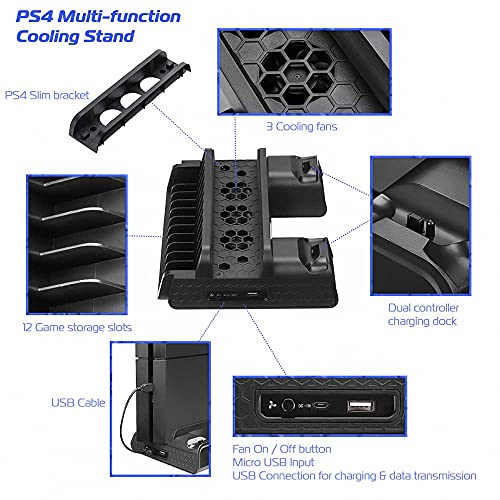 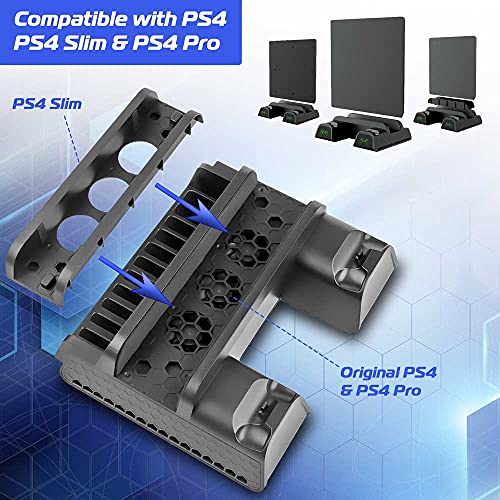 Universal Design for Original PS4, PS4 Slim & PS4 Pro Console : Cool & store your PS4 console, with dual controller charger, EXT Port Charging, LED Indicators, Vertical Stand, USB hub plus 12 games rack storage slots. Compatible with all Playstation 4 consoles. Charging Dock for PS4 : The ADZ for PS4 cooling stand has 2 charge ports for your dualshock 4 controllers, fast charging of 2 controllers simultaneously in 2.5 to 3 hours, single controllers take less. Charge via the EXT port of the PS4 controller, so no need for charge adapter dongles. LED Indicators show the charging status. Cooling Fan for PS4 : The ADZ for PS4 Pro cooling station features 3 cooler fans, mount the console above the fans and keep it at optimal temperature during extended gaming. The fans can be turned on or off by the main switch, the vertical stand is well ventilated even without the cooling station running. PS Accessories Storage : The PS pro stand system features a built in 12 game storage rack. Store your PS4 games in an upright position right by your console along with the controller holder. Compatibility : The ADZ for PS4 vertical stand has been specially designed for all Playstation 4 consoles. Simply insert the mount to make it compatible with PS4 Slim, or remove it to make it compatible with original PS4 or PS4 Pro. Anti-slip EVA cushioning prevent slippage and scratches to the console. 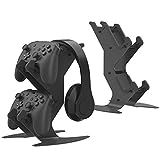 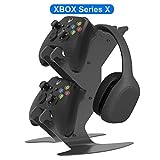 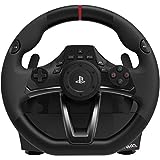